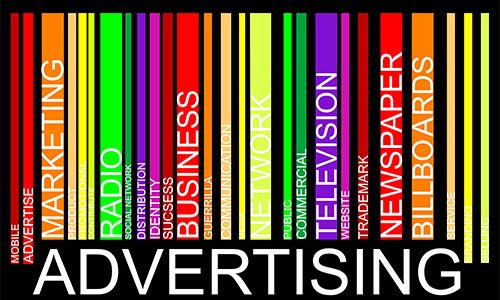 The Common Pitfalls of PPC

There was a time when PPC was a magic bullet that could solve all of your problems. Though it’s still an effective method of advertising, it’s nowhere near as effective as it once was. In fact, you could end up spending a lot on a PPC campaign and yielding virtually no results. PPC campaigns are experiencing issues for a few reasons:

PPC advertising is becoming more expensive per click, especially in industries frequently advertised. But there are still some alternatives. Traditional advertising counters many of the currently existing problems with PPC ads.

When it comes to television advertising, the primary concern is generally cost. In order to advertise on television, you need a professional video production — and you need to pay for a time slot to air it. In a big city, the average cost for a one minute advertisement is approximately $17,000. For smaller towns it will often be a few thousand dollars or less. But that cost can be well worth it.

Television still has the highest ROI out of every other advertising channel. If you have the money for it, you will make money on it. This is at least partially because of video’s effectiveness as a type of media. Through television, you can use both video and audio to explain your product and sell it. Now more than ever, you have to utilize video marketing to stay ahead of your competition.

Radio is a very unique form of advertising. Part of its effectiveness comes from when it reaches listeners: it tends to reach listeners when they are on a commute or a trip. This creates a captive audience without distractions. More often than not, listeners are alone — and they are already listening to their favorite station. By selecting the right station, you can select a demographic that is very likely to be interested in your product.

Radio succeeds where PPC ads often fail. PPC ads are lost among the clutter and often can’t get a visitor’s attention. With a radio ad, the opposite is true: you can get a listener’s attention quite easily. At that point, it becomes necessary to get them on board with your product. Radio ads need to sell the listener on a product quickly — and they have to avoid alienating the listener while doing so. But when it’s done properly, every dollar spent on radio averages an ROI of $17 returned.

There are few things that have as wide a reach as a newspaper. Newspapers cross demographics — most specifically, they cross generations. While the younger generation may be getting their news through websites, older individuals are still using newspapers. And that offers a tremendous benefit: the ability to reach out to multiple generations of customers in your own area. Newspaper advertising can be highly local, allowing you to reach out directly to your community.

Studies have shown that newspaper advertising can triple the effectiveness of a campaign. Newspaper works best in conjunction with other types of advertising, but is also an excellent (and affordable) standalone choice. The affordability of newspaper advertising makes it an especially effective alternative to simply paying for more PPC ads.

The Advantages of Advertising through Multiple Media Channels

The value that lies in traditional advertisements isn’t in the advertising channels alone. Instead, it relies upon their combined power. When customers interact with brands through multiple channels, their perception of the brand grows. As their perception of the brand grows, so do their chances of making a purchase. Advertising through multiple channels conveys the following benefits:

Not only are TV, radio, and newspaper ads still effective, but they can be even more effective when they are paired with a digital marketing campaign. Modern businesses need to develop strategies that combine multiple advertising channels. Once you’ve been able to integrate your strategy among multiple lines, you’ll be able to generate maximum reach and maximum ROI.