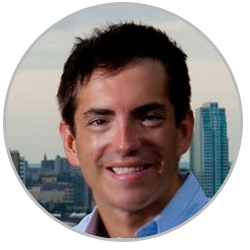 Jeff Lerner is founder and CEO of Xurli, one of the nation’s fastest growing digital marketing agencies. In it’s first three years, Xurli has helped more than 11,000 local businesses with their online presence and launched inbound marketing and business services divisions.

Jeff has been an entrepreneur since he was 16 years old (1995) when he attempted his first online business, a worldwide lottery played in 50 languages and accepting dozens of currencies! He quickly learned that an idea is only as strong as the team that implements it and he was forced to abandon the effort after his programmer flaked out. But the seed was planted. In 2005, he cofounded one of the first companies in the US to use text message (SMS) marketing for local businesses and real estate companies. In 2007, he took his first foray into local business ownership opening two franchise restaurants in his hometown of Houston, TX.

Very quickly he learned what so many local business owners have… that marketing a local business in the 21st century was a lot more complicated than the “Yellow Pages and wait…” strategy that had defined previous decades. Soon Jeff discovered that his passion for marketing was much stronger than his passion for brick-and-mortar business operations. In 2009, he closed his restaurants and turned full-time to online marketing, both for himself and as a consultant.

In 2013, Jeff opened Xurli with the mission of simplifying the online ecosystem for local business owners and helping them harness the power of the Internet for attracting and retaining business. Jeff believes the Internet is no better or worse than the person or company using it; it’s just a medium for amplifying a message. For a local business, this means the ability to shine online and attract new business or implode and disappear altogether exist in equal measures. Xurli aims to be the guide that ensures the former outcome for its clients.

Along with running Xurli, he is in demand as a speaker and entrepreneurial coach, having spoken onstage in a dozen states and several foreign countries. He is currently working on his first book, a guide for “wantrepreneurs” called Money Rehab: Kicking The Habits That Keep You Broke.